Two months in to the new year and the markets are experiencing some significant volatility, down over 20% from their recent highs.  It is during these volatile times, that investors seemingly appreciate their dividend income even more - as it provides an opportunity to reinvest the income into equities that appear attractively valued for the long term.  The question for many investors in the coming weeks and months is what if any companies in their portfolios will need to cut their dividends and which companies will be able to weather the storm and be able to increase the dividend in the next 12 mos?  It will be interesting to see how things develop in the next 12 months to say the least. 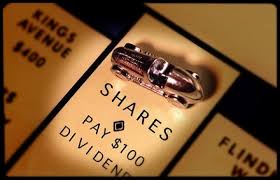 February income is 13.0% higher than a year ago.  A 2.6% increase occurred as a result of dividend increases during the past year, with both Abbott Laboratories and American Express experiencing double digit increases in the dividend rate, which is to be expected with companies with a relatively low average payout ratio.  Other companies on the list, such as CVS and GIS, have foregone dividend increases in the near term to focus on debt reduction relates to recent acquisitions, yet still have current yields as management works on shoring up the balance sheet.  The volume favorability contributed a 10.4% increase in dividend income, and was solely attributed to the CVS position which did not exist in February 2019.

The hotel lodging REITs and taken a hit along with the cruise ships and airlines as businesses and the population at large has paired back on travel as a result of the COVID-19 concerns.  As such, my relatively small position in CLDT is not looking good at the moment.  There was another company, PK, that I had my eye on prior to this latest scare and which has higher quality assets compared to CLDT and was selling at a steeper discount to book value as well.  The price to book value of these companies look extremely attractive - however, liquidity is the concern as many hotels are experience very high vacancy rates and we know that REITs tend to be highly leveraged.

Last year I shared some snippets from Warren Buffett's annual letter that he publishes towards the end of each February and I thought I'd do so again this year.  Despite this year's letter being much shorter than years past, I've included a lengthy list of Buffett's comments below, particularly those having to do with Board of Directors.  Kudos to Buffett is willing to agitate the current status quo among corporate boards and hopefully it provides an impetus for positive change as a result of the many discussions I'm sure his comments will instigate.
Books mentioned in the shareholder letter: